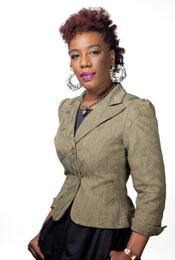 In 2001, Nikitia accepted a position at the Yale Law School in the Office of Alumni & Public Affairs, where she coordinated reunions and alumni events all over the world. She was promoted to Alumni Services Coordinator in the Law School Career Development Office (CDO) in 2003, a student facing position, where she supported the Director of Clerkships, Fellowships, & Law Teaching.

After dividing her time between the Office of Alumni Affairs and the CDO from 2011 – 2013, Nikitia joined an amazing team in the Yale Law School Business Office as a Financial Assistant IV, where she currently works. Nikitia received the prestigious YLW+ Staff Excellence Award in 2016-17 and 2019-20, nominated by the Yale Law School student body. She exhibits empathy, passion for excellence, advocacy, strength, and authenticity.

Since 2019, she has served as an Undergraduate Adviser at Saybrook College, Yale University. “The youth are my purpose and I trust them to lead the way forward. I respect them from my heart and meet them exactly where they are in life.”

Ms. Tillman was recognized by the Yale University Working Women’s Network and received the Heroine Recognition Award in 2020: A woman who advocates, mentors, or nurtures others at Yale. She embraces her intersectionality, which allows her to enter many spaces with grace and the will to help. Her work with the WWN will focus on equity and inclusion, protecting women and children, advocating for equal pay and new working mothers, and providing a trusted, safe space for dedicated, phenomenal women University-wide and beyond.

Nikitia is the proud mother of a son, Naszir Tamar, a brilliant human being who encourages her nonstop fight for freedom and equal justice under the law. Nikitia is the work that she does. 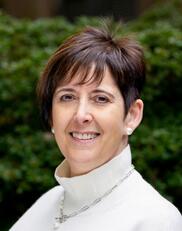 Erin began her career at Yale over 16 years ago. Currently she is an Administrative Assistant and provides faculty support in the Computer Science Department. Erin previously worked as the Research Coordinator for the McPartland Lab within the Autism Program in the Yale School of Medicine for 13 years. Before joining the Autism Program in 2009, Erin worked in the Psychology Department conducting research on pregnant women and the effects of stress, medication, and depression on pregnancy outcomes. Formerly she worked in publishing for 12 years.

Erin joined the WWN as a co-chair of the Communications Committee in 2016 so she could continue her passion for editing and proofing and is still involved with helping to put out the monthly newsletter. She has made amazing friends within the WWN and enjoys the wonderful programming that is offered. Erin loves spending time with her husband and their three adult children, along with her large extended family including 21 nieces and nephews, gatherings with friends, traveling, reading, and live theater. 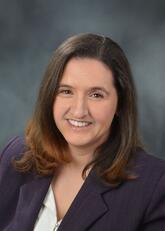 Stacey began working at Yale nine years ago as a temporary employee and became a full-time C&T employee within four months. She formerly worked in the Office of Public Affairs and Communications;  the Poorvu Center for Teaching and Learning and is currently in the Yale School of Public Health where she works as the assistant to the Ph.D./MS Registrar and Program Manager.  Before her career at Yale, Stacey worked in broadcast radio.

Stacey is a dedicated volunteer who has been volunteering time with the Working Women’s Network since 2016 and recently began volunteering with the Local 34 committee at YSPH.

In addition to work, volunteerism, and school, Stacey is happily married to Alberto. Together, they raise three children between the ages of five and 19, two girls and one boy. In her free time, Stacey enjoys reading, swimming, cooking, biking, vacationing with family, movie nights, knitting, and happy hours with friends. 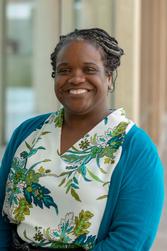 Nandi Cummings has been at Yale for almost 10 years.  She recently earned her MS in Organizational Leadership from Albertus Magnus College. She formerly worked for the Office of Federal Relations; the Yale Center for the Study of Race, Indigeneity and Transnational Migration; and is currently a senior Administrative Assistant in the School of Law office of Development. Nandi is the mother of one human child and three doggie children, she enjoys Netflix, Sci-Fi programming, going to the movies with her husband and son, and gardening. When asked to be a co-chair of YFN, Nandi thought of it as an opportunity to explore and learn more about resources for all families of the Yale Community. 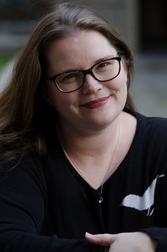 Jordan earned her MLIS for the University of Washington, her J.D. from the University of La Verne College of Law, and her B.S. in Communications from the University of Evansville. As Coordinating Librarian for Reference Services at the Yale Law Library her responsibilities include managing the daily operations of the reference desk, providing research services to the Yale community, and teaching. Jordan’s interest in women’s rights, family issues, and work/life balance drew her to the WWN. When not being a law librarian she enjoys spending time with her kids, baking, reading, and geeking out over Buffy, Supernatural, Star Wars, Marvel, and Doctor Who. 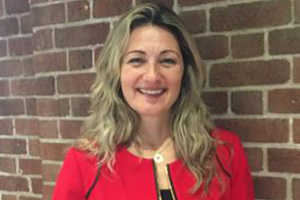 Konstantza Popova is a Strategic Sourcing  Manager at Yale Procurement where she buys Professional Services & Consulting for the University. She has a Master’s Degree in International Business and a broad international experience with companies like IKEA and Procter & Gamble. Born and raised in Europe, a world traveler for business and pleasure who lives in the USA, she finds her exposure to many nationalities and cultures to be one of the most enriching aspects of her life. Konstantza identifies herself as a “citizen of the world”. She is passionate about women’s rights, healthy living, sustainability and emotional intelligence. The combination of those passions brought her to WWN where she initiated and lead WWN Health Series. Konstantza spends a lot of her time with her daughter Sophia, but she also enjoys speedy walks alongside the beach, yoga, singing, dancing and writing. Cheese, wine and chocolate complete the picture. 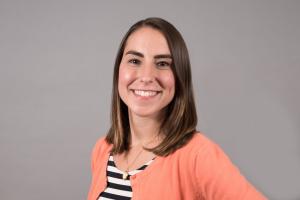 Stacey Tuttle received her BS in Psychology with a concentration in Neuroscience from Yale College. Her passion for public health and research initially lead to her work as a data analyst for a healthcare consulting firm. She has since returned to Yale as the Assistant Director of Admissions at the School of Public Health, where she enjoys connecting students with public health degree programs and watching them go on to wonderful public health careers. Stacey has a strong interest in health education and health promotion, particularly around women’s health, which is why she initially became interested in the WWN. She assisted with data collection and volunteer outreach before gradually moving into a co-chair role with the communications team.  For two years, she enjoyed managing the WWN website, drafting the monthly newsletter and designing posters for events.  Now, as co-chair of the WWN, she is proud to continue working toward our mission alongside our leadership team. In her spare time, Stacey is finishing up her Master of Public Health degree.  She also enjoys traveling, spending time with her husband and her dogs, and exploring local breweries and wineries. 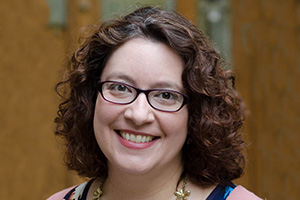 Jennifer Mendelsohn came to Yale in 2009 as the Associate Director of Graduate Student Life. She oversees Student Life programming, the Blue Dog Café, and the facilities of the McDougal Center. She also manages parts of new Graduate Student Orientation and Graduate School Commencement. Prior to her arrival at Yale, Jennifer was an Assistant Director of Residence Life at Quinnipiac University and a Community Director at the University of North Carolina at Chapel Hill. She received her Bachelor of Arts degree from Skidmore College in Music and her Master of Science degree from the University of Wisconsin-Madison in Educational Leadership and Policy Analysis with a focus on Higher Education. Jennifer got involved with the WWN to build community among the women on campus and to create a more supportive environment for women who work at Yale. 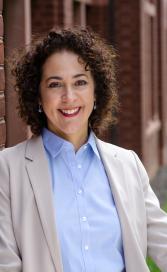 Diane (Didi) Miranda is a Financial Analyst for Faculty Research Management Services (FRMS) where she is responsible for financial management, compliance and oversight of sponsored awards.  Diane obtained her undergraduate degree in Business and Economics from Albertus Magnus College and has a strong academic research background.  She has been working at Yale University since 2001 where she worked in Financial Operations, Human Investigations Committee, Yale Cancer Center and the Grant & Contract Administration.  Diane is also a member of the Latino Networking Group and Yale Benefits Advisory Team. 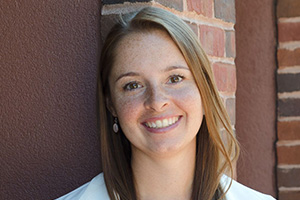 Kathryn Bell is Deputy Director of the Yale Center for International and Professional Experience (CIPE), where she is involved with strategic planning for and coordination of the various university offices administering international programs for undergraduate students. Kathryn is also Director of the Yale Visiting International Student Program (Y-VISP), a program that invites high-achieving students from Yale’s partner institutions to study at Yale for an academic year. She received her Bachelor of Arts degree from SUNY-Buffalo in Art and her Master of Arts from Columbia University in Higher Education Administration, with a focus on International Education. Kathryn was one of the founders of WWN, and served as co-chair of the organization from its inception in 2013. In 2016, she stepped down as co-chair, and became part of WWN’s Advocacy Team, in order to more closely examine and advocate for policy improvements that positively impact women who work at Yale. 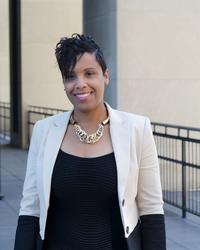